The Cycle of Cravings and Flat on Your Back Fatigue
June 20, 2012 by Katie Bauer

Are you driven to consume sugar, refined carbohydrate, salty snack foods or caffeine, even when you are trying not to?

The first step to changing your relationship to food is to understand that relationship. Uncontrollable food cravings can make changing to a healthier lifestyle daunting and depressing. Social stigmatization can make it overwhelming and feel futile. Some friends, family, lovers, coaches and practitioners may even make you feel like there is something wrong with you because you can’t control your urges for certain foods; however, succumbing to food cravings is rarely a matter of willpower. 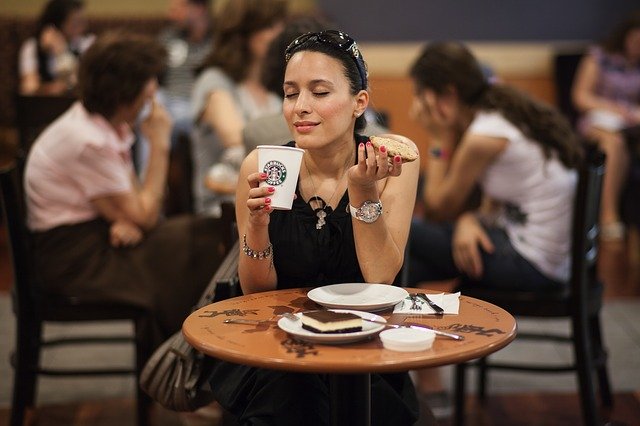 Once you understand the biological mechanics around food cravings, you can take steps to make lasting changes to your diet that will leave you happier, healthier and not feeling deprived. There are many causes of food cravings. Last week I wrote about how low neurotransmitters can spur food cravings. Previously, I wrote about how food cravings can be caused by foods attaching to the opiate receptors, imbalanced blood sugar, parasites, candida overgrowth and small intestinal bacterial overgrowth. And there are several more causes. Because there are so many different causes of food cravings, there is no one-size-fits all solution to changing to a healthier lifestyle. What is most important is to get to the root cause of why you feel resistance to changing to a healthier diet—why it’s hard for you, instead of beating yourself up when you cave to temptation and eventually giving up all together. If you feel deprived in changing your diet, it won’t stick and you won’t be happy. It doesn’t matter how much you think the change will benefit you.

The Cycle of Cravings and Flat on Your Back Fatigue

“Just a spoonful of sugar helps the medicine go down

The honey bee that fetch the nectar
From the flowers to the comb
Never tire of ever buzzing to and fro
Because they take a little nip
From ev’ry flower that they sip
And hence (And hence),
They find (They find)
Their task is not a grind.”

Low energy can cause us to crave uppers—that donut or bagel at work or your 5th cup of coffee—sugar, refined carbohydrates and caffeine. If we are tired, we may crave what might give us a jolt of energy. Unfortunately, these foods are short-term boosters and in the long-run wreak havoc on our adrenals and pancreas. If you aren’t in the habit of paying attention to your mindset around eating and foods, the craving as a means to increase energy may be completely unconscious.

Unless you have followed the paleo or primal diet for some time, you are likely a “sugar-burner,” which means your body burns glucose for energy. Unfortunately, our bodies were never meant to tolerate the amount of sugars in highly processed foods like candy, cookies and bagels. All sweets and starches get converted into glucose which causes our pancreas to release insulin to knock it out of our bloodstream where it will be stored as fat. The resulting extreme drop in blood sugar, from the insulin release makes us tired (again) and results in cravings of uppers (again) to boost back up our blood sugar and low energy (all unconsciously of course). We’ve all watched this process, ever so consistently, with kids. They eat sugar, they have a “sugar high” at which time they are known to “bounce off the walls.” This is followed by a wallowing, cranky, tired “sugar low.” Well, I hate to be the bearer of bad news, but this happens for adults too, but unfortunately, we’ve been doing it so long that our highs aren’t so high and our lows have bled into our normal personality, making them not quite so obvious. All of this is made worse, because unlike the bees in the Mary Poppins song, we aren’t flitting from flower to flower in a bustle of consistent energy, burning off the nectar. No, we are usually sitting all day at a desk and then going home to be comatose on the couch in front of the tv. Over time, our bodies become less receptive to insulin and the result can be obesity, diabetes and fatigue. I wrote previously more about this and how to overcome blood sugar induced cravings. It seems Mary Poppins should have sung instead about how “sugar causes the need for medicine!”

Likewise, these blood sugar cycles of peaks and valleys that happen as a result of consuming refined carbohydrates and sugars eventually exhaust our adrenals. When blood sugar peaks too high, the body goes into a state of stress and the adrenals release adrenaline. Also, the excessive amount of insulin that is released knocks our blood sugar levels down, excruciatingly low. Blood sugar that is too low can drop us into a coma so to protect us the adrenals release glycogen which boosts blood sugar back up. Breaking out of the extreme blood sugar highs and extreme lows can be a difficult cycle to end. With all this work, our adrenals get overwhelmed and eventually wear-out (just like us when we over-work) and no amount of caffeine or sugar will boost your energy anymore or cause the adrenals to produce. The result may be adrenal fatigue or chronic fatigue syndrome. And the resulting fatigue, of course, causes us to crave more uppers (sugars, refined carbohydrates and caffeine), but to no avail. The cravings continue, but short-term boosts of energy do not.

Caffeine, like cocaine, works by overs-stimulating the adrenals, the brain and nerve cell activity. It blocks adenosine’s ability to slow nerve cell activity in preparation for sleep, constricts blood vessels in the brain to prevent sleeping and triggers a release of adrenaline. It also increases dopamine production in the brain causing a temporary “high” feeling with activation of the brain’s “pleasure centers”. Dopamine production makes caffeine addictive, as discussed last week in relation to sugar and food intolerances. The withdrawal symptoms that accompany removing caffeine from the diet also makes it addictive. And regularly consuming caffeine results in adaptation and desensitization to caffeine, forcing consumption of more and more caffeine over time to get the same stimulatory effects. The more caffeine that is consumed, the more detrimental the effects are on sleep, which increase fatigue and result in heavier reliance on caffeine. Even just one cup of coffee in the morning will leave 50mg of caffeine (25% of the original amount) still affecting your nervous system come bed time and often as people become more and more fatigued, they drink more and more caffeinated beverages, later and later into the day. Although falling asleep at that level may not be a problem for you, your depth of sleep is largely affected. Additionally, eventually, your adrenals may burn out from over-production of caffeine spurred adrenaline.

So if fatigue is the basis of your cravings, what does this mean for you?

I’m not going to “sugar-coat” it for you… First and foremost, it means you need to go to sleep damn-it! Instead of reaching for that donut, reach for a cot! If your tiredness is something new, you need to be getting AT LEAST 7 hours of sleep. If your tiredness is systemic and you are suffering from adrenal stress, adrenal fatigue, or chronic fatigue syndrome, you need to be sleeping 9 or 10 hours per night. I know! GASP!!! Sleeping to relieve fatigue, what a concept!

If getting a full night sleep does not relieve your fatigue and this has been the case for at least a couple of months, than you may be experiencing adrenal fatigue or chronic fatigue syndrome. Unfortunately, most Western Medicine MDs do not recognize adrenal stress or fatigue until it is to the point of adrenal disease or failure, such as with Addison’s Disease or Cushing’s Syndrome. You will need to work with a natural health practitioner to support the health of your adrenals. Your practitioner should run the Adrenal Stress Index saliva test to measure cortisol and other hormone levels to gauge level of adrenal stress/fatigue and to track progress.

You will need to support your adrenals. Most important is to reduce and eliminate stress, as much as possible. One of the most important elements of that is to balance your blood sugar. “Eat a rainbow” in every meal. Many nutrients are needed to support the adrenal cascade and the best way to ensure nutrients are available for hormonal processes is to eat a diversity of phyotnutrients, best accomplished by eating a rainbow of colors in every meal. Think Skittles, but healthy! Vitamins C, E and B complex directly support adrenal processes. Magnesium supports energy production in the adrenals. Calcium, zinc, manganese, selenium and iodine (avoid iodine if you produce thyroid antibodies TPO or TAA) support calming the body during stress to relive the adrenal burden.

Previous articleFood Cravings: Maybe It's All in Your Head

Katie – I love how thorough you are in explaining the complexities of diet and health, and also of course how you resolve it .. balance your diet, minimize stress. Thank you.

And sleep! Thanks so much Caitriona for your comment!

A meal of healthy ‘Skittles”, makes such good sense and easy to remember too Katie. I have to laugh (through tears) at most restaurant meals in which the only green is a sprig of parsley! Thanks for your knowledge!

That’s so true Lynn of so much restaurant food and so many people’s eating habits at home as well. Thanks for stopping by!

I read some interesting studies about mice and sugar recently, and how addictive sugar really is.

Thanks David for dropping by! I would love to hear more about the studies. Do you know who published them?

Brilliant article! You have scientifically explained why most of the quick fix diets fail. This is clear that dieting for short terms high gains is always self-defeating. A well-balanced diet that does not cause hunger pangs and is healthy too is the best.

One must have long term fitness goals that are achieved in slow, organic and holistic manner.
John Gatesby recently posted..Autoimmune and Postural Orthostatic Tachycardia Syndrome (POTS)

Thanks so much John! I so agree with you about seeking sustainable health goals instead of quick fixes and aiming for balance and health instead of a diet.
Katie Bauer recently posted..Satiating Comfort Food Cravings with My Keto Chocolate Chip Cookies Recipe

This site uses Akismet to reduce spam. Learn how your comment data is processed.

Body Wisdom: Pain as an Invitation to SelfFebruary 28, 2021
Dating Myself to Heal Inflammation and Histamine OverloadFebruary 14, 2021
Navigating the Relationship of Stress to Histamine Intolerance and Mast Cell DisordersJanuary 30, 2021